my sinuses are crammed with phlegm and my throat feels like sandpaper. it must be november in portland.

i’ve sat in bed all day so that HOPEFULLY this will be the only day i really have to put up with this bullshit. let’s hope so, because i  have a bunch of shit to tattoo tomorrow and there’s pretty much nothing worse than tattooing with a runny nose. ugh. i’m going to back to sleep just so i don’t have to think about it. blaaaaaagh

but since i’ve been in bed all day anyway, i felt i should probably share my week, one in which i didn’t tattoo ONE person who lives in portland. 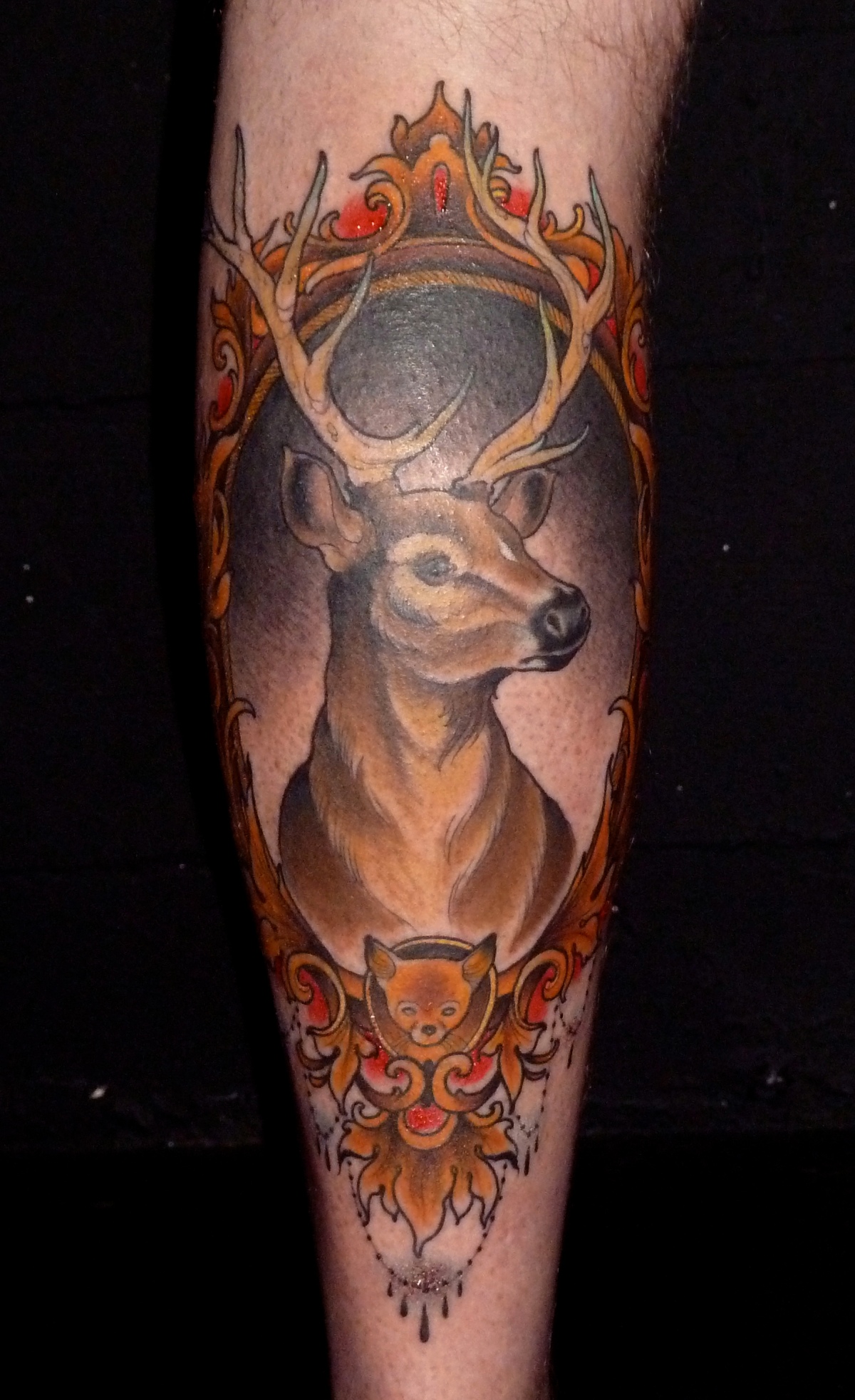 steven came from australia, so he definitely wins the distance award. i originally thought he was just here to hang out in portland and maybe grab a tattoo while he’s at it, but apparently he only really came to get tattooed. eek. hope it was worth it.

sasha lives in spokane, which isn’t that far, but still. this is a blue-ringed octopus, which is one of the most venomous animals in the world and will totally fuck you up. one bite will kill you in 60 seconds, and it carries enough venom to kill 26 adults. oh, and if it’s not close enough to bite, well then it can squirt venom at things in the water. the lesson here is DON’T EVER GO INTO THE OCEAN. 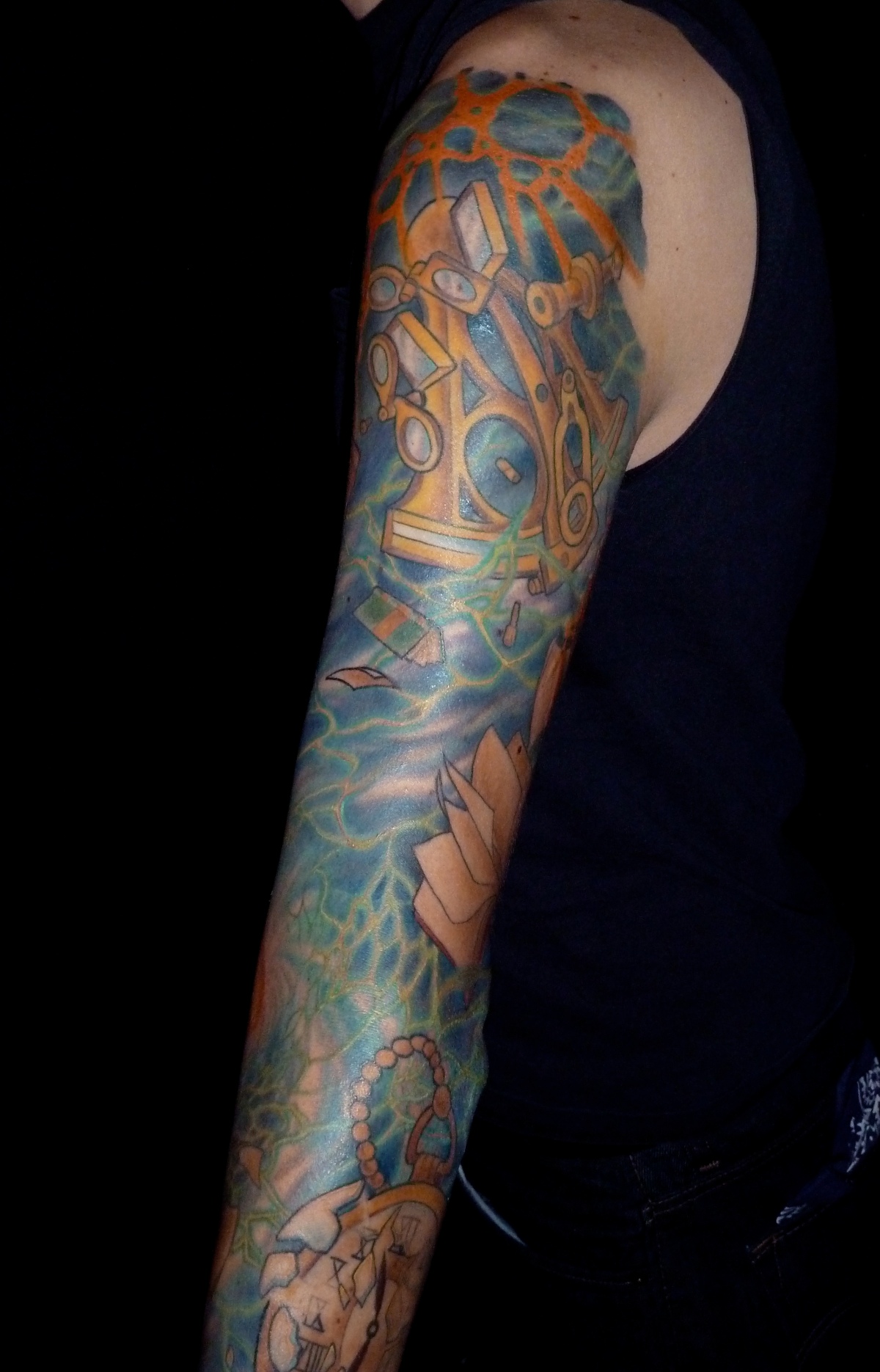 these pictures are kind of a bust, but this tattoo is crazy. gavin lives in san diego and we started this thing about a year and a half ago, and he came up with this week for the the third and final two-day session on his arm. it got pretty gnarly there for a minute, as sitting for 15 hours of tattooing in 2 days is bound to get, but he was a badass and got through it. his arm is crazy swollen and weird looking in these photos, so i hope to get nice clean healed ones someday. still it’s come a long way from the ridiculous marker drawing on our first day, where i had no idea what was doing:

oh, and i guess i forgot about all the $31 tattoos we did on halloween, because i most definitely tattooed people from portland that day and therefore this week. but my weeks start on monday, so technically i’m still right. if you didn’t make it down here on halloween, you missed out, son! 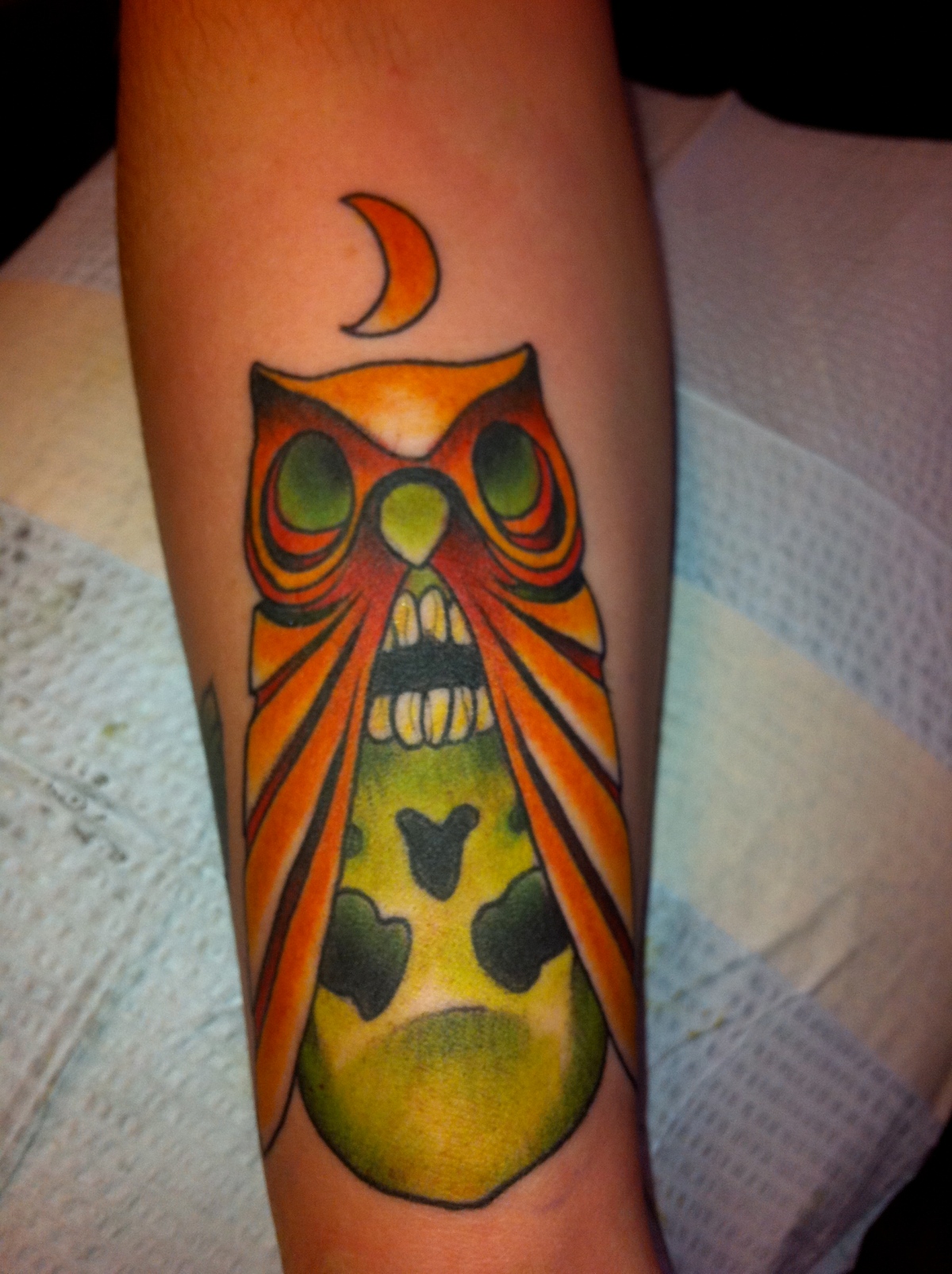 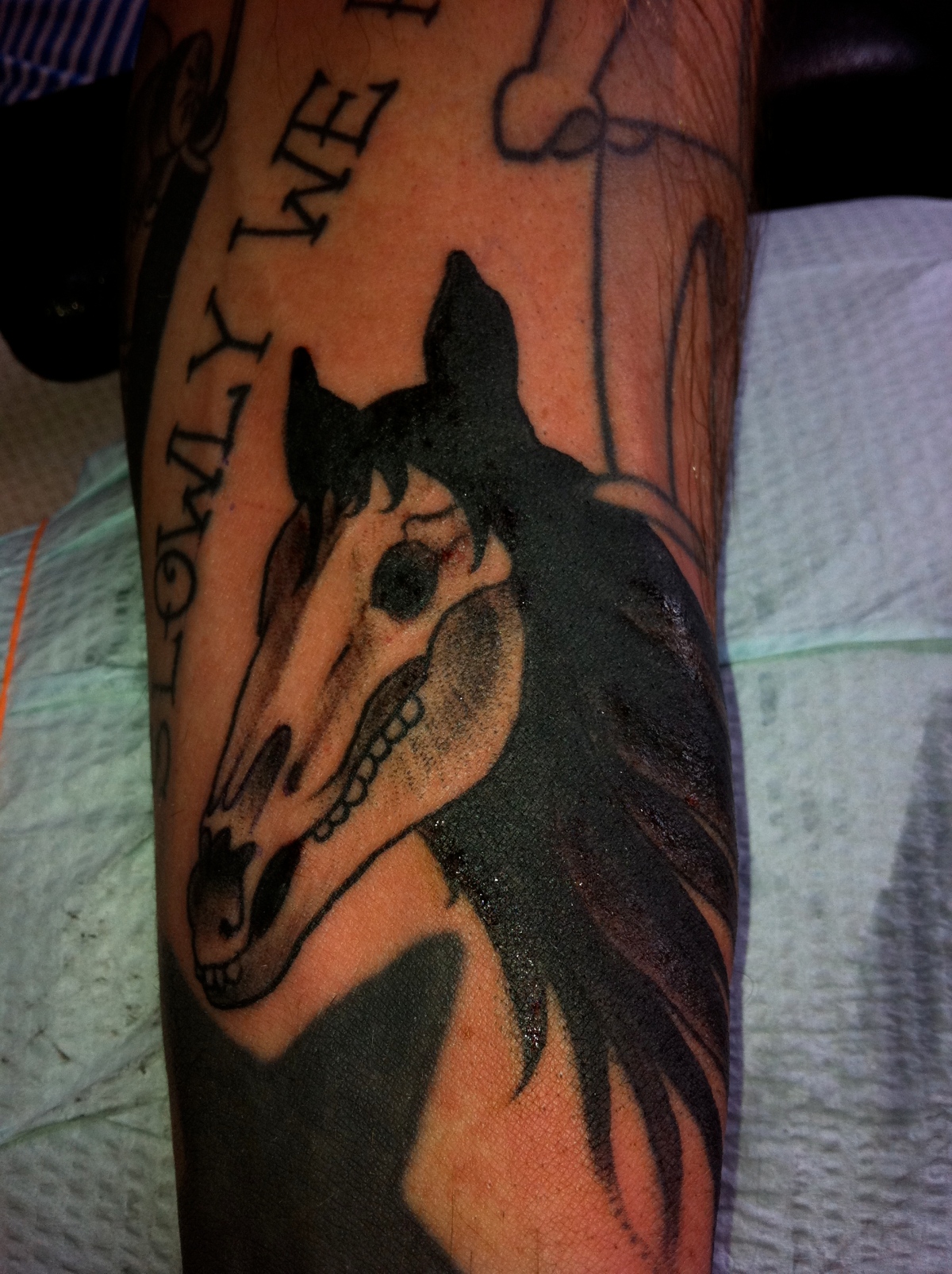 in other news, dogs are cute. 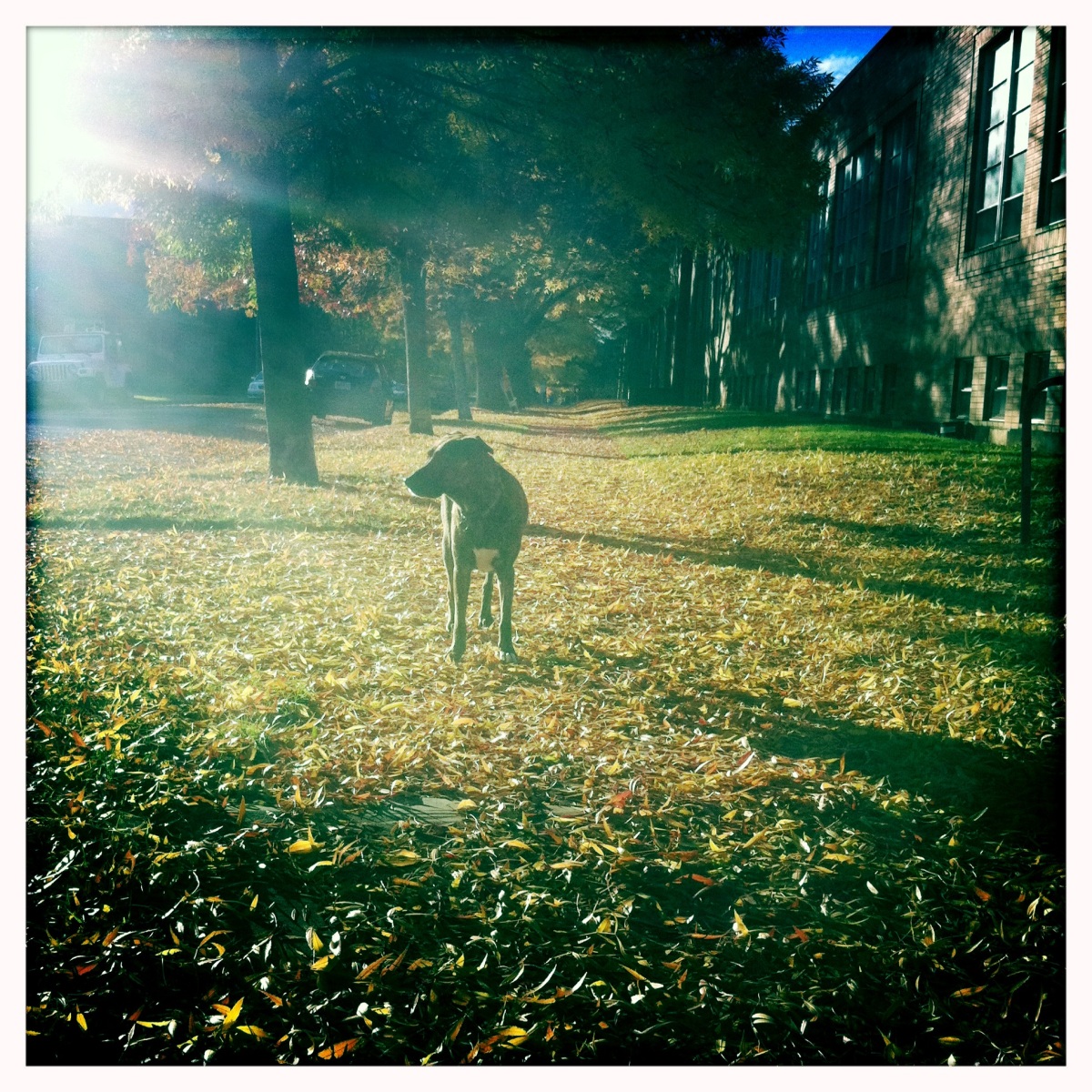